Global IT Upgrade and Deployment for Pharmaceutical Leader

A global pharmaceutical company required an upgrade to their legacy KVM appliances, which permits IT administrators and third-party support personnel to have a complete, remote management solution to access and control servers, networking equipment, and other devices located in 75 offices across several continents. Kelly Communications Systems (KCS), a longtime technology consultant and solutions provider for the pharmaceutical company, worked with the executive and operations team to perform a global transition from Avocent DSR KVM Switches to the Avocent MergePoint Unity Digital KVM Switches. KCS was tasked with:

“The upgrade of our KVM equipment was a win-win for our company. It was a global project spanning multiple countries with different time zones and languages. Throughout the entire process, KCS [Kelly Communications Systems] brought a high level of professionalism, from organizing and managing our weekly status meetings to providing us with all the necessary tools for an organized upgrade process. KCS completed this project in both a time frame and budget that was substantially less than what we anticipated. Each step of the process was executed flawlessly.” 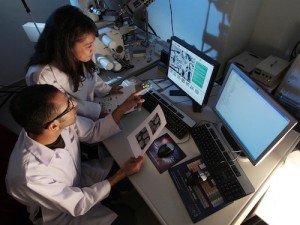 The Client did not have the resources for worldwide deployment of the Avocent MergePoint Unity Digital KVM Switches and leaned heavily on the KCS project management team to coordinate, lead, and execute the migration project.

The Client also needed a quick turnaround because the Avocent DSR KVM Switches were:

To add further complexity, the installation of the new equipment needed to occur in every location before connecting with the latest version of Avocent DSView (version 4.5).

The team at Kelly Communications Systems planned the migration of the Avocent DSR KVM Switches to the Avocent MergePoint Unity Digital KVM Switches with meticulous attention to detail. The engagement began with an in-depth needs analysis, resulting in a specific action plan for implementation to each site. The KCS project management team also followed up continuously throughout the implementation process.

A project matrix was created to fully organize the installation of the Avocent MergePoint Unity Digital KVM Switches for each site. The creation of this matrix included:

Upon completion of the migration, the KCS team took measures to validate that all equipment was installed and integrated properly, as well as collected post-deployment documentation and recorded connection ID.

The project was successfully executed in less time than was initially estimated and at a reduced cost than was budgeted. As such, the Client’s executive team was pleased with the organization of the project, as spearheaded by the KCS team. 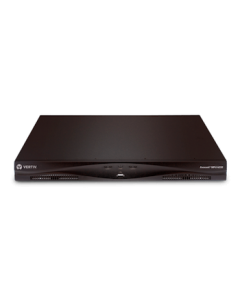 Not only was the Client able to maintain continuity with their global, third-party support provider, but they were also able to consolidate their equipment by more than 50 percent, reducing the number of appliances from 370 to 180. The decrease in the Client’s equipment footprint offered less power and head load consumption. Also, the Client was able to reclaim IP addresses previously in use.


The Client’s successful software migration to the new Avocent MPU KVM platform now provides essential added security measures as well as speed enhancements, both critical in maintaining stability across such a large corporation.